I really love my cast iron dutch oven.  I bake bread in it, use it as a skillet for weekend brunch bacon, and try out my expanding repertoire of Cajun dishes. Cast iron is such a work horse, it’s certainly worth the extra effort to keep it properly seasoned.

Mac and Cheese works great in cast iron. It retains more heat than glass or enamel casserole dishes, so it cooks evenly, which comes in handy when you’ve got a dense dish like baked mac and cheese. 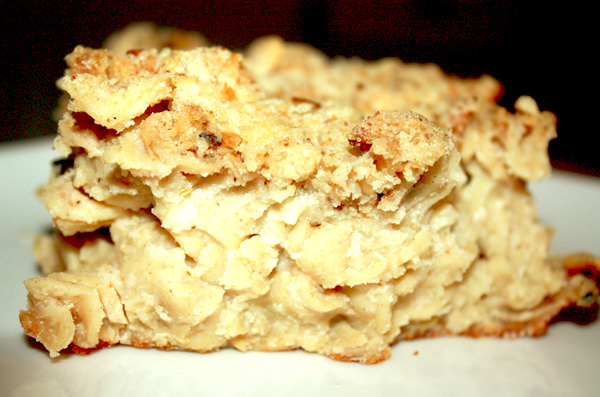 Most of the restaurants around around Somerville have some kind of Mac & Cheese on the menu (Highland Kitchen, The Independent, Trina’s). As far as comfort food goes, it certainly has taste and nostalgia in its favor. I also think it acts as a great basis for the clean-out-the-fridge type of cooking.  Cheese? almost any kind will work, grate it and toss it in. Meat? dice it. Milk or cream? Use them for your sauce. Got leftover greens or carrots in your crisper? Cut em up, toss em in. I think you get the idea.

Boil pasta in salted water – I usually remove it from the heat 2 minutes before the recommended time. Drain and set aside. Shred cheeses in a grater or food processor, and mix together in a small bowl.

Preheat the oven to 400F. Warm a cast iron skillet or dutch oven over medium heat on the stovetop. Add bacon, cook until browned, and drain on a paper towel. 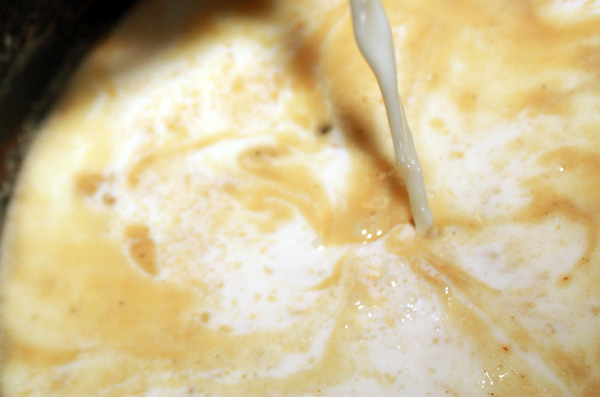 Once the milk is absorbed, add cheese, but reserve 1/4 cup. Turn off heat and stir until cheese is melted. Turn pasta into the cheese sauce, then crumble in bacon. 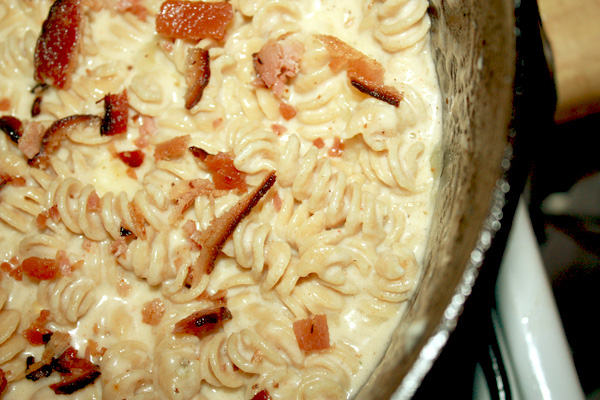 assembling the mac and cheese

Bake at 400F for 25 minutes. Add cover,  and bake 5 additional minutes. Remove from heat and let sit for another 10-15 minutes with cover on. Slice up with a pie wedge or slotted spoon and serve. 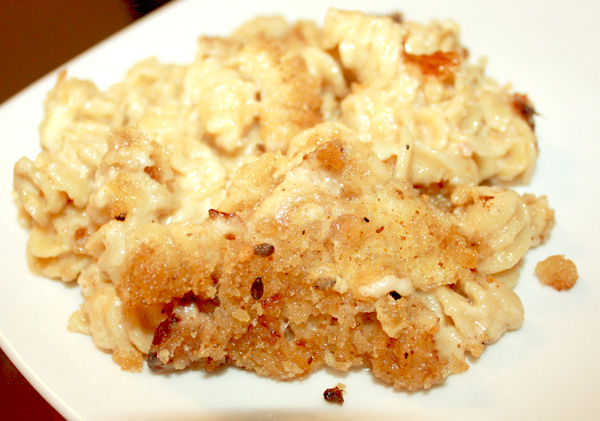 This entry was posted in cooking and tagged bacon, cast iron, cheese, pasta. Bookmark the permalink.